Do you want to buy a globe but don’t know which type to choose? You’re not alone! Globe buying can be confusing, especially if you’ve never done it before. Do you want a classic globe or something more modern? What globe features do you prefer? And most importantly, which globe type is right for you?

In this blog post on Replogle Globes, we will explore the different types of globes and help you decide which one is right for your needs. How many types of globes are there? Let’s find out. 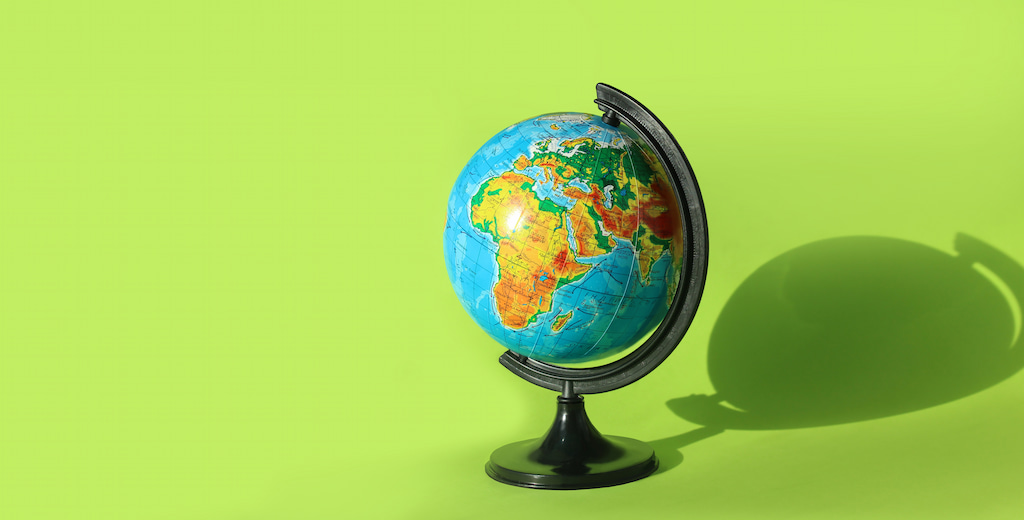 When it comes to globes, there are two main types: terrestrial and celestial. Terrestrial globes depict the Earth’s surface, while celestial globes show the night sky. Both types of globes have their unique features and benefits. 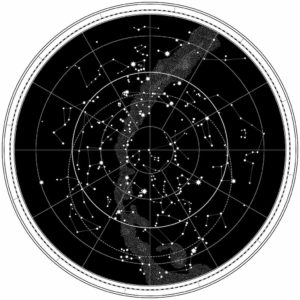 So what exactly is the difference between floor and desktop globes? These globe types have some interesting differences.

If you’re looking for a more space-saving option, desktop globes are the way to go. These globe types are typically smaller than floor globes and can be placed on any flat surface. They are more compact and portable, making them perfect for use in small spaces. Desktop globes are also a great choice for kids, as they’re the perfect size for little hands. Mini globes are also available, which are even more space-saving. 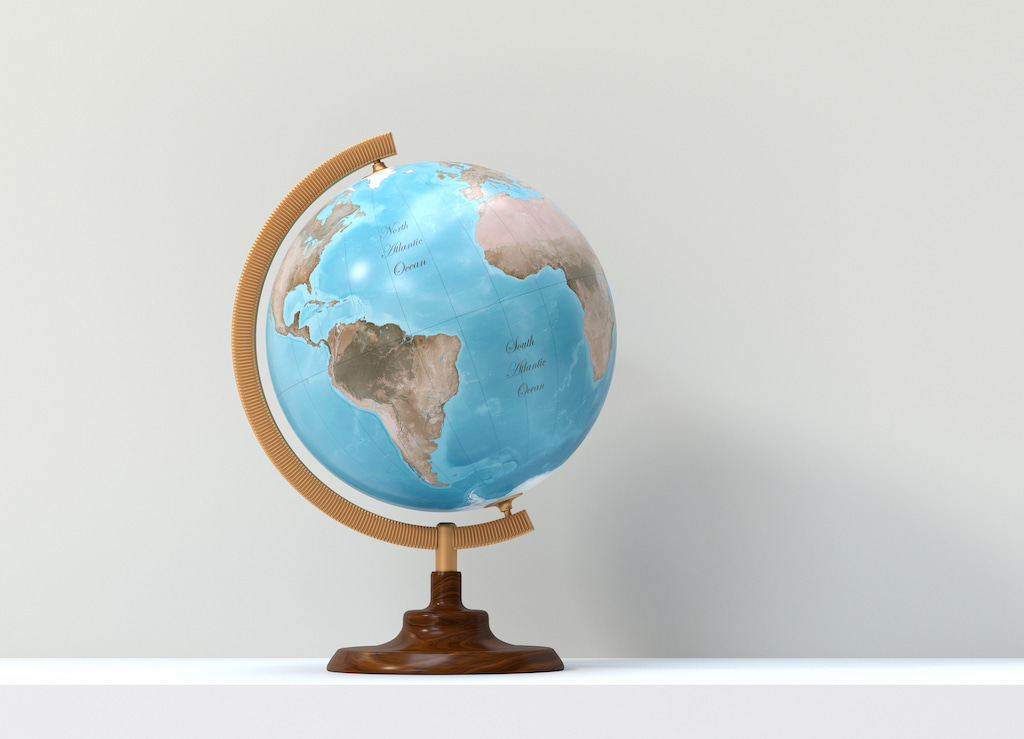 In addition to terrestrial and celestial globes, there are also ocean design globes and antique globes.

Ocean design globes are a popular choice for those who love the ocean. These globes feature a blue ocean color with white landmasses. They are a great choice for coastal-themed rooms or as a gift for someone who loves the ocean. In addition to their beautiful design, ocean design globes are also functional. Ridges and trenches are clearly visible, making them perfect for use in geography and science classes.

Antique globes are a great choice for those who appreciate history. These globes are typically made from brass or other metals and feature an antique finish. Antique globes are also typically larger than the other different types of globes, making them a statement piece in any room. They are often quite valuable, so they make a great investment piece.

When it comes to globes, you also have the choice between illuminated and non-illuminated globes. 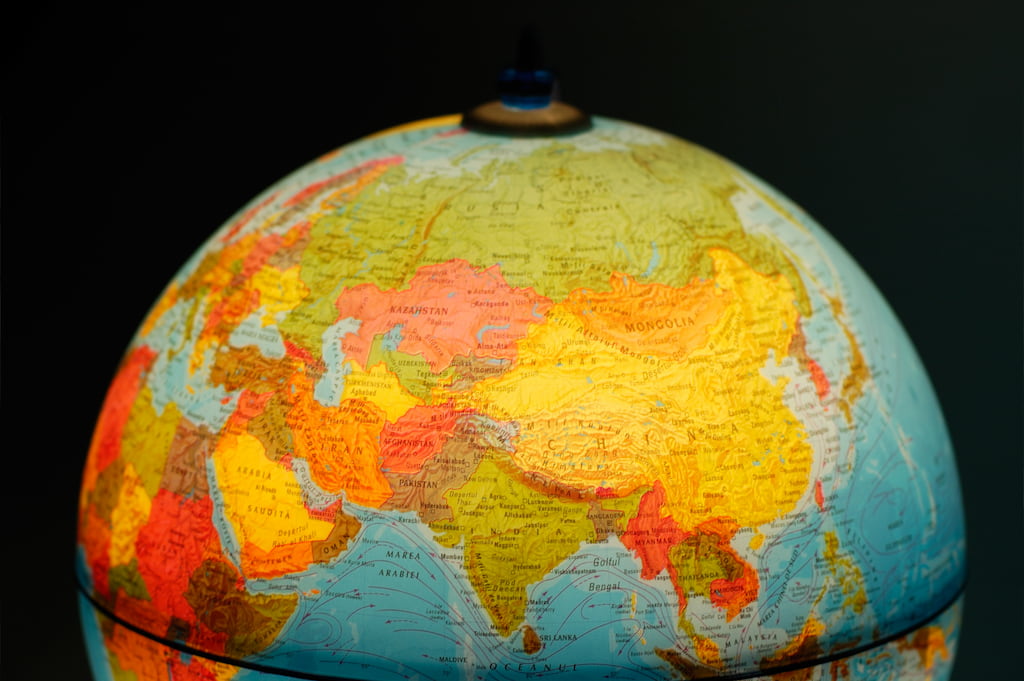 Illuminated globes are a great choice for those who want to add a little light to their home or office. These globes come with a built-in light, which makes them perfect for use in dark rooms. Illuminated globes are also great for kids, as they can help little ones learn about the night sky. The main downside of illuminated globes is that they typically require batteries, which can be a pain to keep track of.

Political & Physical Globes: Which One Is Right for You?

Another thing to consider when choosing between different types of globes is whether you want a political globe or a physical globe. 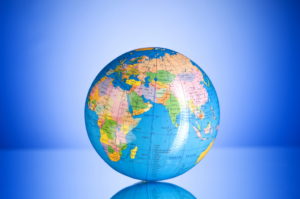 Political globes show the political boundaries of countries and other regions. These globes are a great choice for those who have an interest in politics or current events. They can also be a great conversation starter, as they allow you to see how the world is divided politically. Political globes are great for use in classrooms, as they can help students learn about different countries and their governments.

In addition to the more traditional globe materials, there are also wooden globes and paper globes.

Sure, paper globes might be easier and less expensive, but there’s just something about a wooden globe that yells “I’m better than you.” Maybe it’s the air of sophistication that comes with knowing the world is literally at your fingertips, or maybe it’s because they just look nicer. Whatever the reason, if you’re looking to class up your place, you can’t go wrong with a wooden globe. 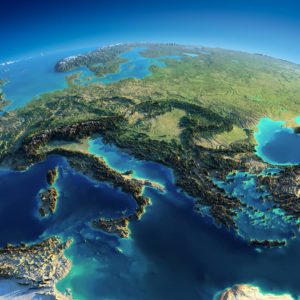 For one thing, they can help you get a three-dimensional view of the world, which can be helpful when you’re trying to understand the topography of an area. They can also be rotated, so you can get a 360-degree view of the world. And if you’re looking for something a little more unique, there are even some raised relief globes that light up, so you can view the world in all its glory at night.

Floating globes are those that, well, float! But how do they work? It’s simple really. The inside of the globe is filled with a gas that is lighter than air, such as helium. This causes the globe to become buoyant and makes it float. As long as there is enough gas inside, the globe will continue to float. So if you’re looking for a fun and unique decoration for your home or office, a floating globe might be just what you need. Plus, they make great conversation starters due to their unique nature.

Day and night globes are one of the most amazing things on the planet. By simply looking at them, you can tell what time it is anywhere in the world. And not only that, but you can also see what the weather is like! They’re like a miniature version of the Earth, complete with clouds, land masses, and even oceans.

But how do they work? The answer is simple: by showing the relative positions of the sun and the Earth. During the day, the sun illuminates half of the globe, while at night, the Earth’s shadow falls on the other half. By looking at a day and night globe, you can get a quick snapshot of what conditions are like around the world at any given moment.

Bar globes are the perfect way to stylishly show off your love of both booze and geography. Not only are they stylish, but they are also functional. The outside surface of a bar globe is a topographical map. Plus, it shows an up-to-date political map on the inside surface when illuminated.

In addition, the bar globe features a raised relief texture that accentuates mountainous terrain. So not only will your guests be impressed by your knowledge of world politics, but they’ll also be able to appreciate the beauty of the globe itself. Whether you’re using it as a decoration or as a way to start conversations, our empire bar globe is a great addition to any home.

Design globes are a type of globe that is designed for aesthetic appeal rather than for practical purposes. While they are not typically used for navigation or educational purposes, they can make a great addition to any home or office. Art globes, in particular, are becoming increasingly popular as they offer a unique way to add a touch of personality to any space. Whether you choose a globe that features your favorite landscape or one that displays a work of art, a design globe is sure to make a statement.

Electronic globes are one of the most fascinating inventions of the modern day. They are basically a globe that is illuminated from within, using a variety of lighting techniques. This makes them ideal for use in a variety of settings, including as a night light, a desk lamp, or even as a piece of art.

While they are most commonly seen as night lights, electronic globes can also be used to create beautiful works of art. By combining different colors of light, artists can create stunning visual effects that are truly breathtaking. Whether you are looking for a functional light source or a conversation piece for your home, an electronic globe is sure to add a touch of class and sophistication. 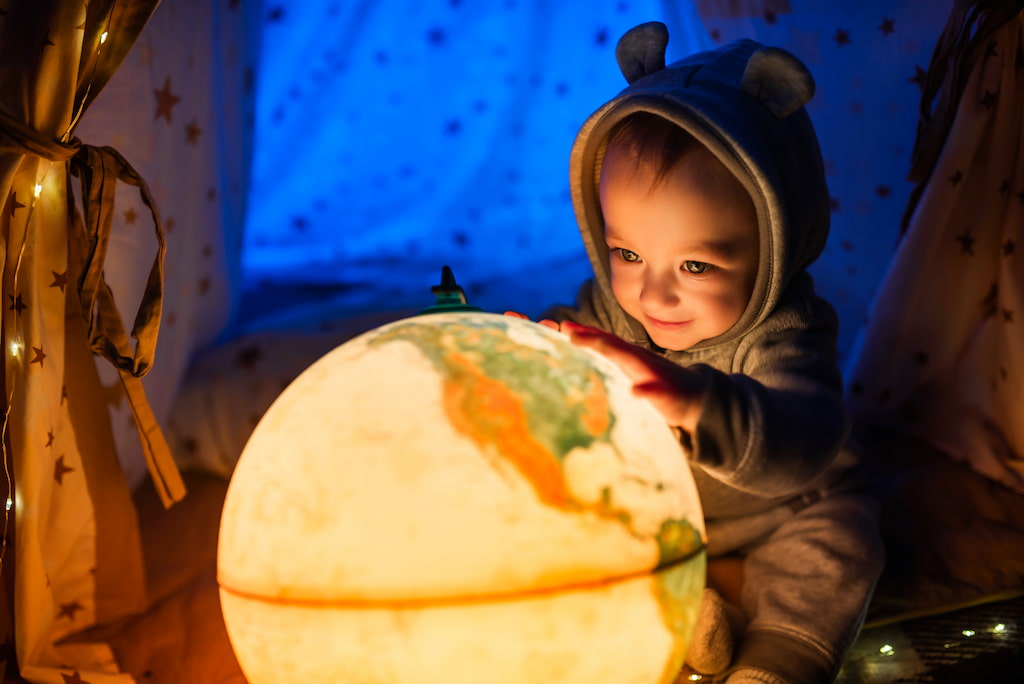 Children’s globes are fun, educational toys that can help kids learn about the world around them. These globes are typically small, making them easy for little hands to hold. They often have colorful pictures and labels, making them visually appealing to kids.

In addition, globes for kids often have interesting features, such as moving parts or built-in games. These features can help to keep kids engaged and interested in learning about the world. Whether you’re looking for a gift for a young child or a fun way to encourage your kids to learn more about geography, a children’s globe is a great globe type to consider.

Most of us remember those big, inflatable globes from our school days. But what are they, really? Contrary to popular belief, inflatable globes are not simply blow-up toys. They are precision-crafted scientific instruments, designed to provide an accurate representation of the Earth’s surface.

They are usually made from a durable PVC material, and the latest models are even equipped with LED lighting, making them perfect for use in low-light conditions. Inflatable globes are also incredibly versatile and can be used for a wide range of applications, from educational displays to decoration at themed parties. So next time you see one of these colorful spheres, don’t be fooled by its seeming simplicity – there’s a lot more to it than meets the eye.

If you’ve ever been to a doctor’s office, chances are you’ve seen a spinning globe on the receptionist’s desk. But what are these globes, and what do they do? Spinning globes are, quite simply, globes that spin. They come in all sorts of sizes and colors and can be made from a variety of materials. Some common materials used for spinning globes include glass, plastic, and metal.

While their primary purpose is to simply look nifty, spinning globes also have some practical uses. For instance, they can be used to track the movement of the sun or stars or to map the route of a planet’s orbit. Additionally, spinning globes can be used as teaching aids in classrooms. When used in this way, they help children to visualize concepts such as the rotation of the earth and the revolution of the planets. 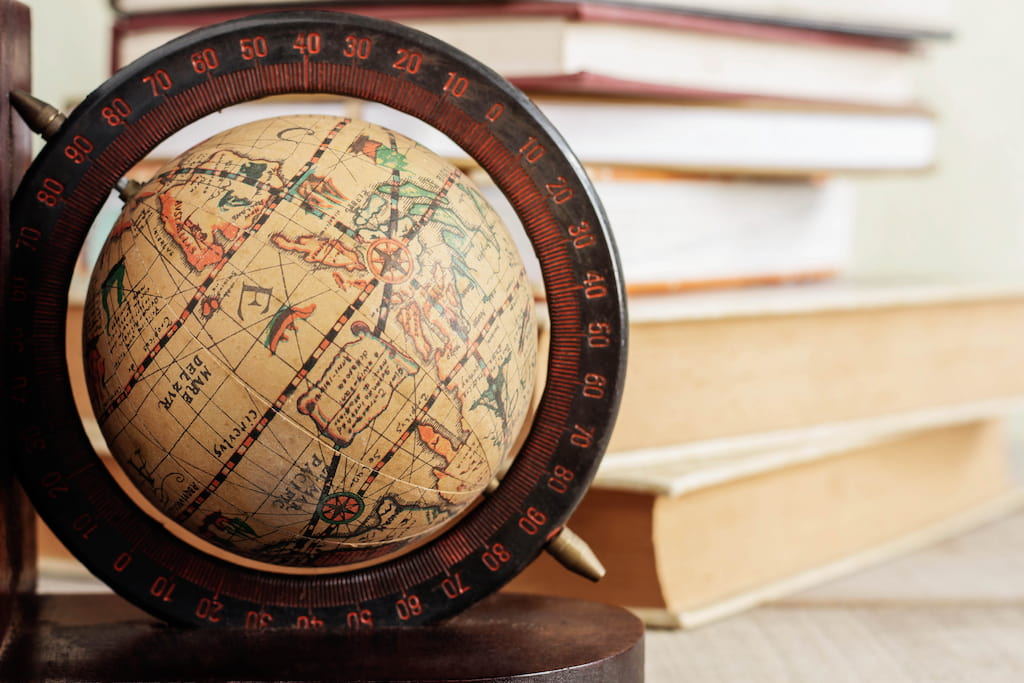 Heirloom globes are fascinating objects that have been passed down through generations. Not only are they beautiful to look at, but they also have a rich history. Heirloom globes were once used as navigational tools by sailors and explorers.

Today, they are cherished by collectors and serve as unique conversation starters. Heirloom Replogle Globes come in all shapes and sizes, and each one has its own story to tell. They are truly works of art, and their value lies not only in their monetary worth but also in the sentimental value that they hold.

At Replogle Globes, we can customize your globe in any way you can imagine. Whether you want to add your company logo, a special message, or even a photo, we can make it happen. Custom globes are the perfect way to promote your business, commemorate a special event, or simply show your personality.

And because each globe is made to order, you can be sure that your custom globe will be one of a kind. The best part is that our team of experts will work with you every step of the way to ensure that your vision becomes a reality.

Now you know how many types of globes there are! When it comes to globes, Replogle is the name you can trust. We have a humble beginning that starts in a simple Chicago apartment, but now we are the world’s largest manufacturer of globes. We are committed to making the highest quality globes that are backed by our promise of customer satisfaction. No matter what type of globe you are looking for, contact us and we have you covered.

Check out the Replogle Globes bestsellers!