You may be a navigational whiz in your neighborhood or a surrounding city, but what if you take a step further? Let’s face it – in an unfamiliar place, it’s easy to get lost, even with an understanding of the landmarks. To remedy this, traveling merchants and explorers alike have developed several ways to navigate, despite the challenges our vast environment poses.

Since the beginning of time, the sun has been used as a means of direction based on the time of day it signifies. Since then, we have gathered more knowledge on the positions of the moon, stars, and planets that have further enhanced our understanding. The history of navigation goes way back, and the various instruments have developed greatly. To understand how we got from looking at the sun to world globes, to Google Maps, we are shedding light on the ancient navigation tools used through the years. Let’s dive right in! 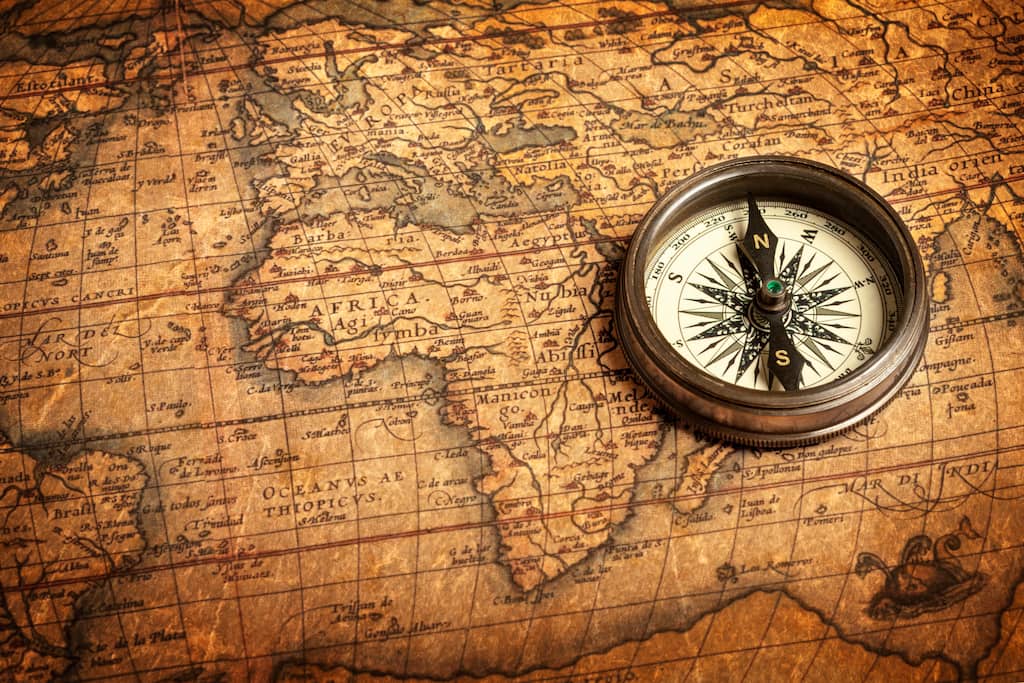 World maps have been used for centuries as a means of terrestrial navigation. This navigation tool has been used in many ways, from on-foot explorers to naval voyages. And while it is a tried-and-true staple we still see commonly used today, it can be a challenge to use if you cannot determine where you are on the map. This is remedied when it comes to its use in sailors’ instruments, as sea maps rely on latitude and longitude to orient travelers, however a basis of knowledge of celestial navigation tools or modern technology is required.

landmarks, on the other hand, are another common navigational instrument. Nearly everyone has used a noticeable landmark to find their way, whether it’s visible in front of them, or something that has been spoken about for generations. These are particularly useful when it comes to navigating the land, as well as some small bodies of water, but when it comes to naval navigation tools, landmarks are not particularly beneficial.

One of the most commonly known old navigational instruments is the compass. The magnetic compass was first invented in China in the 3rd century BCE, yet wasn’t utilized for navigational purposes for another thousand years.

Unlike compasses today that point to the North Pole to provide a sense of your location and direction, early compasses actually pointed to the Southern Pole – a change that developed over the years for modern users. 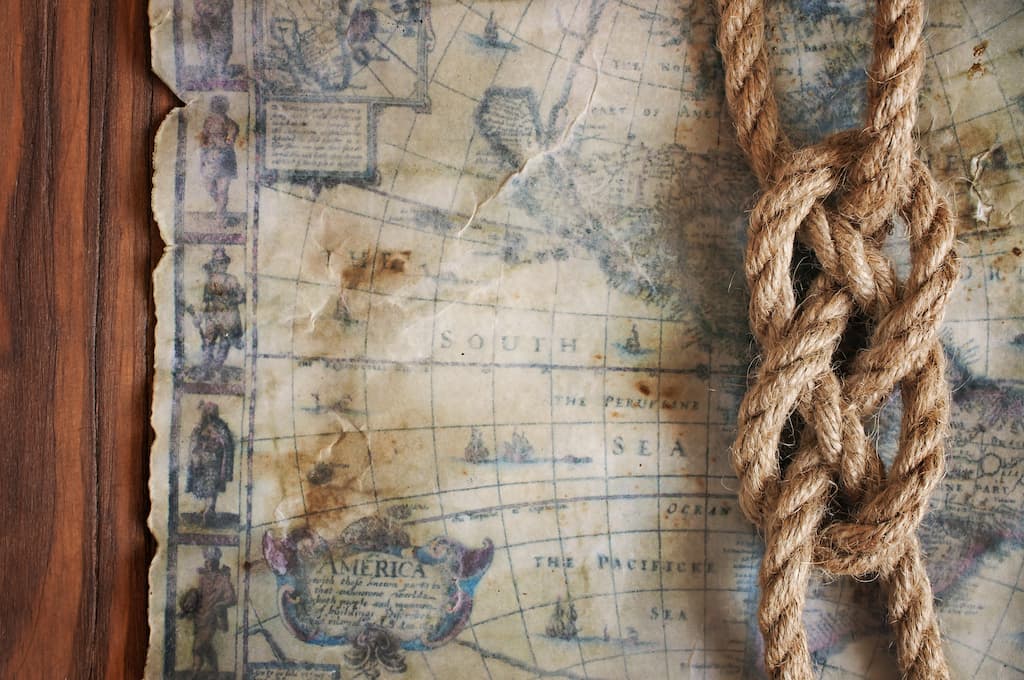 In terms of ancient sailing instruments, a lead line was a popular navigational tool. A lead line was a hollow lead weight attached to a rope that was lowered to determine the depths of the water they were sailing through.

So, how did this help with location? In some practices, a ball of animal fat in the weight could bring up material from the ocean floor, which helped knowledgeable sea experts look at the dirt and sand to understand their location.

Lead lines, and their modern alternative, the log line, are still used in some rivers and waterways today. They remain a useful tool when dealing with unpredictable and seasonal changes in the water’s depth.

Another key tool when examining the history of navigational instruments is the astrolabe.

The term astrolabe means “to take a star” or “star taker.” While it’s not known for sure where this tool originated, it grew in popularity in the Roman Empire and was used for many years. While it is not relied upon today, it is still a reliable tool, particularly for those interested in astronomy.

In later uses, the astrolabe was used beyond astronomy as a tool for sailors, and thus dubbed the mariner’s astrolabe. Sailors could use this tool by lining it up with the sun or a specific star in relation to the horizon to understand latitude vertically. This helped them determine their location while at sea.

Nowadays, we see the astrolabe used as a decoration piece, as the design can be particularly aesthetically pleasing. This tool can come in a few shapes, such as a sphere, or also as flat plates and disks. It has been made in a range of different materials, and can even come in a quadrant shape. 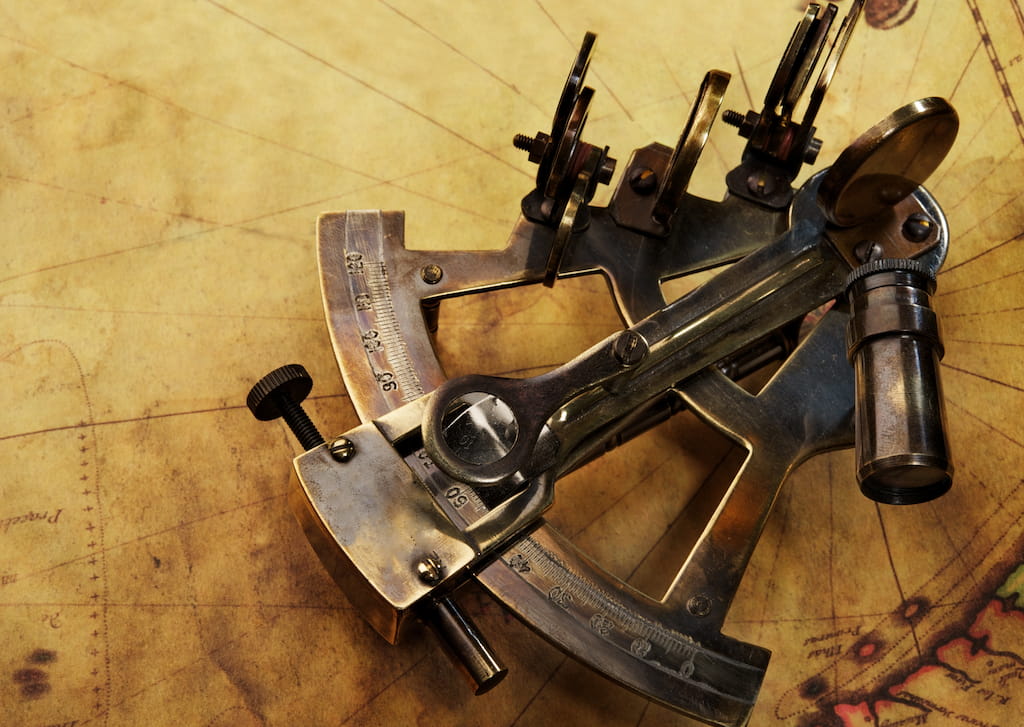 The sextant is a scale that is utilized to measure the distance between objects. In order to do so, this navigation tool relies on a 60-degree arch that reflects off two embedded mirrors for a measuring scope of 120 degrees.

First appearing in the late 1700s, the sextant was one of the more bulky ancient navigation tools. Thankfully, through the yeast, scientists managed to create smaller versions. Primarily utilized by astronomers to measure the distance between celestial objects, that was also one of the common naval navigation tools used to record a sailor’s journey. Today, sextants are still required on both ships and planes to determine longitude and latitude.

A pelorus is a navigational tool similar to a compass— but it doesn’t actually tell directions. Instead, this tool remains at the 000 degrees to align with a lubber line. With this construction, this tool was used by travelers to see if they were going in a forward direction.

It’s presumed that the pelorus was used before the compass, particularly by Polynesians who would hold it alongside the constellations to use as a navigation tool. Nowadays, this tool is used on modern boats to measure the distance between one boat and another.

From the astrolabe and compass to essential sailors’ instruments and renaissance navigation tools, humans have been finding ways to navigate our large earth since the beginning of time. And while many of these old navigational instruments may seem outdated because smartphones allow for easy directions to anywhere we can imagine, many of them are still utilized in some form today.

Some of our favorite navigational tools still prevalent are world globes and maps – a tool that not only still proves beneficial in modern society, but makes for an elevated, sophisticated decor piece, too. From classic globes to customized variations, explore our variety online today. You can also contact us and we will be happy to answer all your questions!