The equatorial circumference of the Earth is just under 25,000 miles — that’s a lot of ground to cover for anyone interested in learning more about their world. But with a desktop globe, you can enjoy the wonders of our great planet from the comfort of your own home or office. Of course, to get the most out of your desktop globe investment, you will want to be sure you take the time to effectively learn how to read a globe. From finding the equator on the globe to understanding what each of the globe lines indicates, be sure to take some time to familiarize yourself with this incredible object. 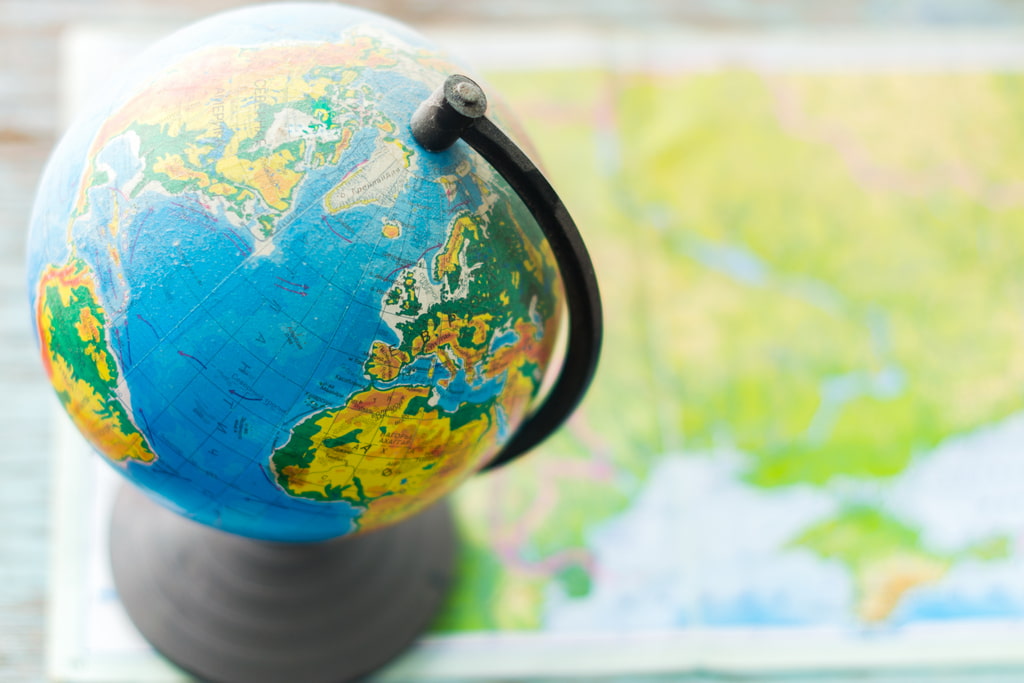 In order to fully understand what your globe is displaying, it is important to understand the difference between latitude and longitude. While globe lines of latitude indicate how far north or south a given point is from the equator on your globe, globe lines of longitude indicate how far east or west a given point is from the prime meridian.
While the equator on your globe represents a naturally occurring point — the halfway point between the south pole and north pole in a globe — the prime meridian is a bit more arbitrary. As a result of an international agreement, the prime meridian goes through Greenwich, England (London). All points on Earth can be compared to this point. New York, for example, has a longitude of 74 degrees west, while Tokyo has a longitude of 140 degrees east. The furthest point from the prime meridian on Earth, known as the 180th meridian (or antemeridian), cuts through the Pacific Ocean.

Determining the Coordinates on the Globe

One of the great things about contemporary globes and maps is that they can help you determine the coordinates of any location on the planet. Every location on Earth has both a latitude and a longitude (their distance relative to the equator and the prime meridian, respectively), measured in degrees, which can be further broken down into minutes and seconds. There are 60 minutes in a degree and 60 seconds in a minute (meaning that each degree contains 3,600 seconds).
The City of St. Louis, Missouri, for example, has a latitude of 38 degrees, 37 minutes, and 37.2108 seconds. It has a longitude of 90 degrees, 11 minutes, and 57.8472 seconds. By looking at the 4th decimal place for all “seconds” measurements, you should be able to locate anywhere in the world within a few feet. Though your desktop globe likely only includes degrees, understanding this system can still be very beneficial.

Once you have familiarized yourself with the global coordinate system, you will then be able to measure the distance between any two points by following the line on a globe. Because globes are spherical (like Earth itself), they do not need to distort distances in a way that most two-dimensional maps will inevitably need to do.
When measuring distance, it will be important to keep in mind that the distance between two longitudinal points will depend on their distance from the equator (latitude). At the equator, a single degree of longitude will equal roughly 69 miles wide. But as you approach the poles, a single degree of longitude will eventually reach zero — all other points on Earth will be somewhere in between.

A World Globe Can Illustrate the Roundness of the Earth 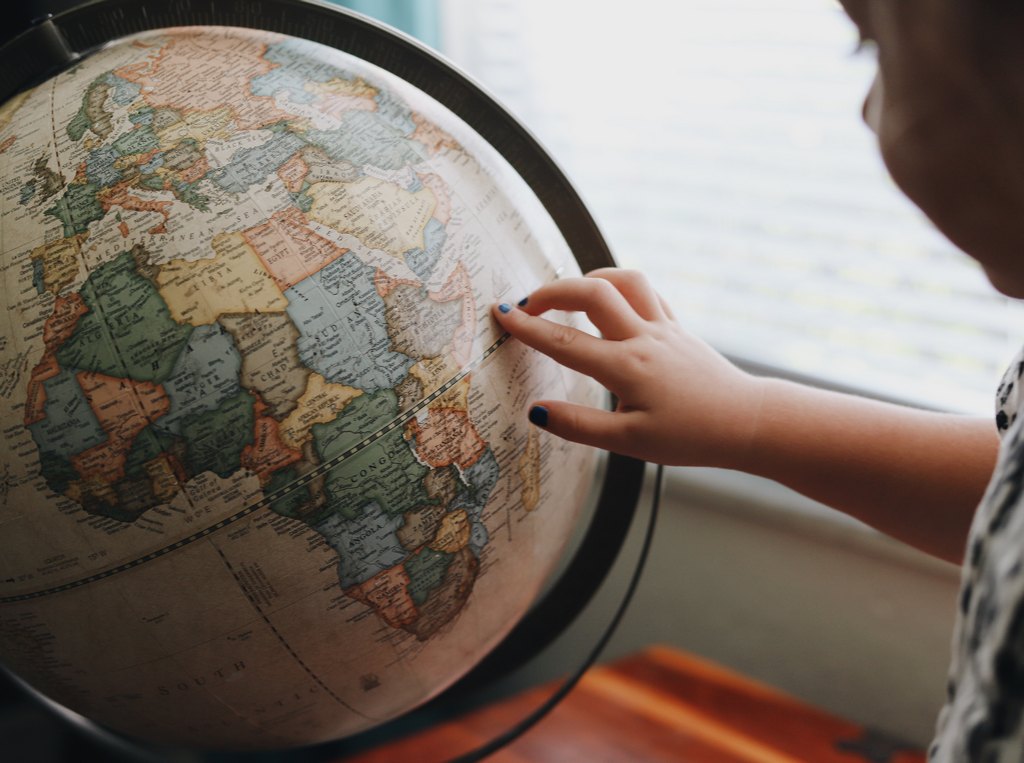 Understanding the Turn of the Season with the World

Your desktop globe will also be an excellent tool for learning about the changing seasons. As you might have noticed, your globe sits at an angle. The equator on the globe is not perpendicular to your desk (or wherever you have it sitting) but instead is positioned with a 23.5-degree slant. This slant happens to represent the angle at which the Earth is positioned when rotating around the sun.
Ultimately, it is the existence of this angle that causes Earth to experience different seasons. Between March 21 and September 21, the Northern Hemisphere will be the one predominantly facing the sun, which is why this is the hottest time of the year for that part of the world. During the other half of the year, the Southern Hemisphere will be positioned for more sun exposure.
The tilting of the Earth also helps explain why the polar regions are usually cold and the areas near the equator are usually warm, regardless of the season. Everywhere else will experience something in between.

Clearly, your globe contains a lot of useful information. Whether you are trying to gain perspective, understand the workings of the Earth, or just get a better understanding of where things are, your globe can offer a lot of value. And since 1930, Replogle Globes has been helping people of all kinds learn more about our amazing world.