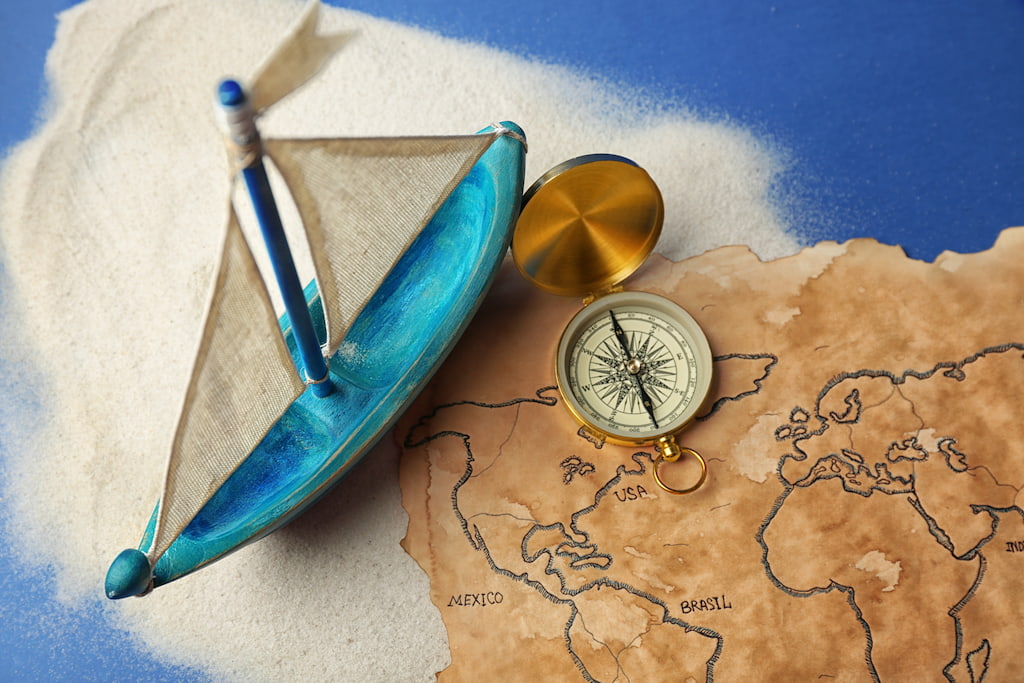 There are many different theories about when America was discovered. Some say it was the Vikings, some say it was Columbus. But what does the evidence say about who came first to America? One thing’s for sure – they could have benefited from a world globe.

The Expeditions of Columbus

When Christopher Columbus first set out on his many expeditions, he was driven by a fierce desire to explore and conquer new lands. Inspired by tales of faraway kingdoms, he quickly found himself seeking out opportunities for adventure and discovery. Driven by ambition and a fierce determination to make his mark on history, Columbus embarked on a series of daring voyages across the Atlantic. Columbus’ first voyage proved to be the start of something great. Setting sail in 1492 with three ships and a small crew, he worked tirelessly to chart an unfamiliar coastline and uncover all the secrets it had to offer. Columbus didn’t have access to a modern map of the US. 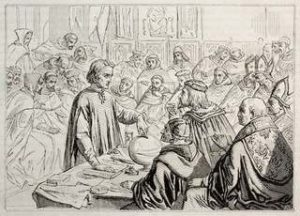 He encountered numerous indigenous tribes along the way, all of whom treated him with curiosity and wonder. And despite some initial setbacks, Columbus managed to reach land, eventually claiming it as his own in the name of Spain. Considering the fact that other people were already on the land, it’s safe to say that Columbus was not the first European to set foot in the Americas. However, his expeditions did help to pave the way for future generations of explorers and settlers. Over the years that followed, Columbus continued his explorations and conquests.

He ventured even farther than before into new territories, making contact with unfamiliar peoples while searching for precious natural resources. Though these endeavors were sometimes dangerous and difficult, they never once dampened Columbus’ adventurous spirit or enthusiasm for exploration. In fact, He remained committed to discovering all there was to know about this brave new world until the very end of his life. Unfortunately, a lot of information has come out about what he did to the indigenous people, and how he didn’t exactly find what he was looking for. So while he did open up a whole new world for Europeans, he didn’t have the best reputation.

Born into a family of Norse explorers, Leif Erikson was destined for greatness from the very beginning. Growing up in Iceland around the year 970, he quickly developed a taste for adventure. 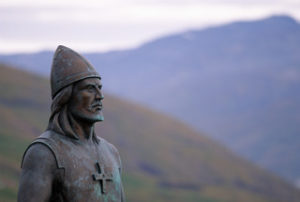 Erikson’s father, Erik the Red, had been banished from his homeland of Norway for manslaughter. So when he was just a young boy, Leif Erikson set out with his family on a journey to find a new land they could call home.

Over a series of several expeditions, Leif set out in search of this undiscovered territory. As his ships sailed further and further into uncharted waters, he came upon some incredible sights: towering mountains covered in ice, vast green forests teeming with wildlife, and windswept plains stretching as far as the eye could see.

But some challenges tested him to his limits: powerful storms that nearly toppled his vessels, treacherous waters filled with deadly

creatures lurking below the surface, and bitter cold that threatened to freeze him solid. After weeks at sea, they finally arrived on the shores of North America. Erikson and his men explored the land for some time, eventually making their way southward along the coast. They established a small settlement in Newfoundland, which they called Vinland. 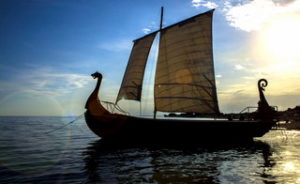 Despite all of these obstacles, though, Leif pressed on with determination and perseverance. And in doing so, it’s believed that he became the first European to set foot in modern-day America – more than 500 years before Columbus would arrive on our shores. Through all his hardships and discoveries along the way, Leif showed himself to be one of history’s great explorers, paving the way for others to follow in his footsteps. Evidence suggests that he made it as far south as Massachusetts, and it’s even possible that he reached as far north as Newfoundland.

So when someone asks “who discovered America and when?”, you may have to credit the discovery of America before Columbus to Leif Ericson.

Starting at around the year 1000, it’s believed that Polynesian sailors made their way to nearly every corner of the globe with only the stars as their compass. They reached as far north as Alaska and as far south as New Zealand. 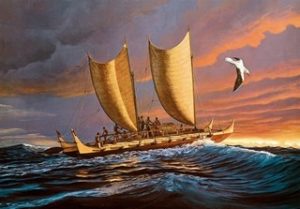 They even made it all the way to Easter Island, more than 2,000 miles from the nearest landmass. There are multiple cases of physical evidence that have been linked to the Polynesians. With that in mind, the America discovery question might just end here. Along the way, they witnessed some truly spectacular sights, including towering volcanoes and endless blue oceans flanked by lush islands. The discovery of America sounds rather beautiful.

So which explorer discovered America? Though there is still much debate about who discovered America before Christopher Columbus, there is no doubt that the continent has been home to some of history’s greatest explorers. From the Europeans to the Vikings to the Polynesians, these brave souls ventured across vast distances in search of new lands.

In doing so, they helped to shape the world as we know it today. The most likely candidate is the Polynesians due to the physical evidence, but Leif Ericson may have been the man who discovered America all along.

Maps and globes by Replogle are made with the highest quality materials and they are available for a fair price. Consider our store and contact us when stocking up on gifts for the holidays! Thanks for reading.