The Ancient Greeks — along with other civilizations of the time — widely believed in a now-iconic phrase: “As Above, So Below.” In other words, the Greeks strongly believed that the workings of the cosmos, the great mystery above us, directly affected our general well-being.

It very well seems the Greeks might have indeed been onto something. Even if you don’t believe in astrology, per se, it is clear that the stars directly influence our lives — we know we can’t possibly manage to live without the Sun. We know we are, ultimately, made of “star stuff.”

Keeping this in mind, let’s see how each of the original zodiac signs appeared and how it will help tell you about us.

What Is the Origin of Zodiac Signs?

Astrology, which can be loosely defined as a philosophy of stars, has changed significantly over time. It’s hard to directly answer “how old are the Zodiac signs?” because they developed over time. The current iteration of Western Astrology is highly influenced by ancient Greece and ancient Babylon. In addition, Zodiac history is primarily derived from the mathematician and astronomer Ptolemy’s Tetrabiblos, which was published roughly 1,800 years ago. This typically marks the beginning of astrology.

Ptolemy divided the Earth’s orbit around the sun — a 360-degree experience — into distinctive 30-degree sectors, each with a different identification. He carefully documented the stars that could be witnessed during this time, which often included distinct constellations.

Ultimately, this led to the creation of the ancient Zodiac Signs, which are 12 cosmic phases correlated with each 30-degree sector. Today, many people believe the sign that is present at the moment of your birth can have a direct influence on the course of your life.

The horoscope origin for each Zodiac sign is unique. What’s yours? 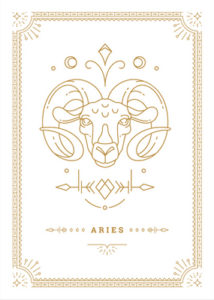 Aries is the Zodiac sign for people born between March 21 (the Spring Equinox) and April 19 and is traditionally considered the start of the Zodiac calendar. The Zodiac symbol for Aries is a Lamb, and Aries (along with Leo and Sagittarius) is regarded as a Fire Sign. Keeping in mind its role at the beginning of the Zodiac calendar, the Lamb (or Ram) symbolizes rebirth and new beginnings. But it also comes from an Ancient Greek Myth — the story of Phrixus and Helle (where Hellenic gets its name) — where the two heroes are eventually saved by a ram with golden wool. 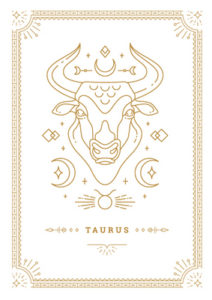 Taurus is the second astrological sign and is the original Zodiac sign of people who are born between April 20 and May 20. Taurus, an earth sign, is represented by a bull and has origins tracing back to many different cultures. The first reference to Taurus was made by the Ancient Mesopotamians (about 4000 BC) who referred to it as “The Great Bull of Heaven.” Taurus also relates to the Greek myth of Europa, which involves the God Zeus taking the form of a bull and “ravaging” his consort, Europa. 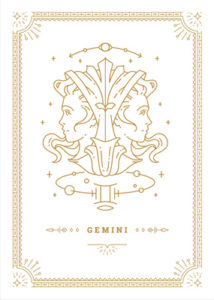 Gemini is the first of the “air” Zodiac signs and is the astrological symbol for people born between May 21 and June 21 (the summer solstice). The symbol for Gemini is the twins, which have traditionally been presented in many different forms. Gemini is another Zodiac sign who can trace its origins to the Babylonian era, where the stars Pollux and Castor were first dubbed to be the “Great Twins in the sky.” In Greek mythology, Pollux is considered to be the son of Zeus — after his friend Castor dies, Pollux asks his father to give him immortality, a request that Zeus obliges. 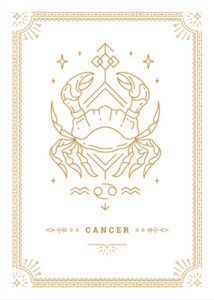 As the first water sign, Cancer completes the first third of the astrological cycle and marks the beginning of summer. Each year, the sun moves through the cancer phase between roughly June 22 and July 22. The horoscope origin for the cancer symbol is traditionally a crab, though there are a few cultures that use either a lobster or a crawfish.

In Greek mythology, Cancer is known as a giant crab sent by Zeus’ wife, Hera, to fight Hercules (another of Zeus’ sons who was the product of an affair with Alcmene). In a long series of events, Hercules goes mad (and even kills his children) but eventually kills the crab by stepping on it. 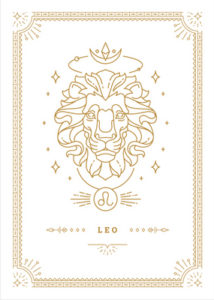 Leo, the second fire sign, is one of the most easily identified original Zodiac signs. Represented by a lion, the Leo sign applies to all people born between July 23 and August 22. The sign is yet another that can trace its mythological origins back to Hercules, one of the most important figures in Greek mythology. According to legend, Hercules was tasked with “12 labors” as a sort of cosmic punishment for going insane and killing his children. The first of these labors was to kill the mythical lion Nemea. Though it ended up on the losing side, Zeus rewarded the lion for being brave by giving it a constellation. 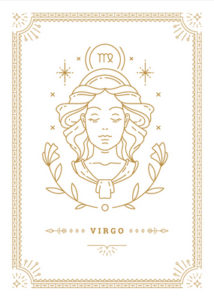 Virgo rounds out the first half of the Zodiac cycle, spanning from 150 to 180 degrees. Virgo is the only Zodiac sign that is represented by a woman, commonly referred to as “the Maiden.” It is the official symbol for people who were born between August 22 and September 23. Traditionally, the celestial maiden that appears in Virgo is considered to be Astraea, a virgin who is representative of justice, innocence, purity, and precision. According to Greek legend, she will one day return to Earth at the beginning of the “Golden Age.” 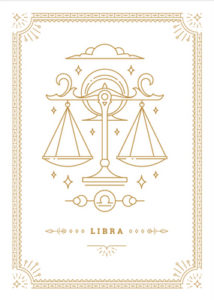 Libra is the seventh astrological phase, which applies to people born between September 23 and October 23. Libra is the second air sign. Its symbol is a scale, which is supposed to represent the Scales of Justice normally held by Themis, the Greek Goddess of Law and Justice. Libra is also strongly associated with both Venus and Astraea, and can frequently be witnessed in depictions at courthouses and similar buildings around the world. 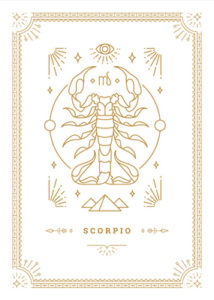 Scorpio, a water sign, completes the second third of the cosmic calendar, occupying the 210 to 240-degree slot. It is represented by a scorpion which, as you might have guessed, is directly named after the constellation itself. In some instances, Scorpio can also be associated with a snake and an eagle — each of these characters is commonly used in mythologies around the world. In Greek mythology, the hunter Orion once boasted of his intent to kill all of the animals in the world, only to eventually be bitten and killed by the scorpion. 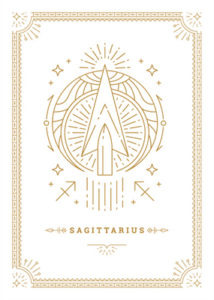 A fire sign, Sagittarius, is generally represented by an archer, an ancient Zodiac sign which often takes the form of the mythological centaur Chiron. The sun transits through the Sagittarius component of the Zodiac from November 22 to December 21 (the winter solstice). Centaurs, which are half-human and half-horse, often play an important role in Greek mythology, but few are more famous or important than Chiron. According to Greek legend, Chiron played a critical role in mentoring Achilles, who — despite his later documented weakness in his ankle — was a hero in the Trojan War. 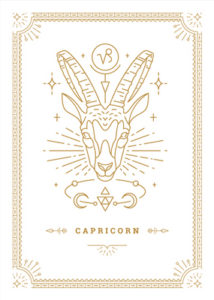 Capricorn is an earth sign, along with being the first of the three winter zodiac signs. Its dates take place from December 22 to January 21. Capricorn, like several other zodiac signs, can trace its origins back to Sumerian Mythology, as well as Babylonian mythology. Capricorn is usually depicted as a goat or, in some interpretations, as a sea goat. The primary inspiration for this goat is Amalthea, who is known for taking the form of a goat and raising Zeus after he was abandoned by his parents. 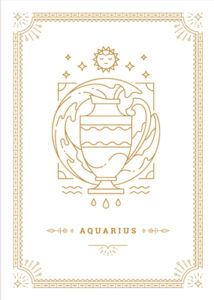 Aquarius is the last of the air signs in the Zodiac cycle, though, perhaps ironically, its symbol is usually the “water bearer.” The calendar dates that apply to Aquarius are roughly January 22 to February 20. The Aquarius legend is inspired by Ganymede, who both humans and the gods alike considered to be the “most beautiful” mortal man. However, eventually, Zeus decided to kidnap Ganymede, where he eventually became a water carrier (cupbearer) upon Mount Olympus. Today, Aquarius is often associated with both wisdom and revolution. 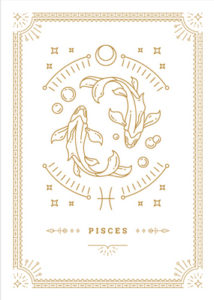 The last — but sign in the Zodiac calendar is Pisces, whose dates typically run from about February 20 to March 20 (there is sometimes a little dispute/overlap between the signs). Pisces is usually depicted as a pair of two fish, each swimming in a different direction. After a gigantic water serpent known as Typhoon (like the storm) began terrorizing the Greek Titans, some of the goods decided to adopt new animal forms and flee. Generally, the fish incorporated in depictions of Pisces are thought to represent Aphrodite and Eros in their fish form.

Now you know a little bit more about the origin of zodiac sign symbols. Astrology isn’t something you have to choose whether or not to “believe in” — for many people, astrology is just a fun way to look at the world we live in and think about our relationship with the mysterious universe beyond us. And if you are interested in learning more about our place in this great mystery, Replogle Globes will help you explore our world. Be sure to study one of the many globes of planets that we have available. If you have any more questions, please contact us!