It is a common misconception that Christopher Columbus “discovered” the shape of the Earth. In reality, many people knew that the Earth was round before he ever set sail. The ancient Greeks were some of the first to realize it, and the Magellan-Elcano expedition was the first to provide practical proof. But before all that, people used to think the earth was Flat (some still do).

In this blog post, we will explore the history of this discovery and discuss why it is such an important piece of world history. Afterward, you can celebrate finishing your reading by buying one of our special Replogle Globes.

Why Does the Shape of the Earth Matter? 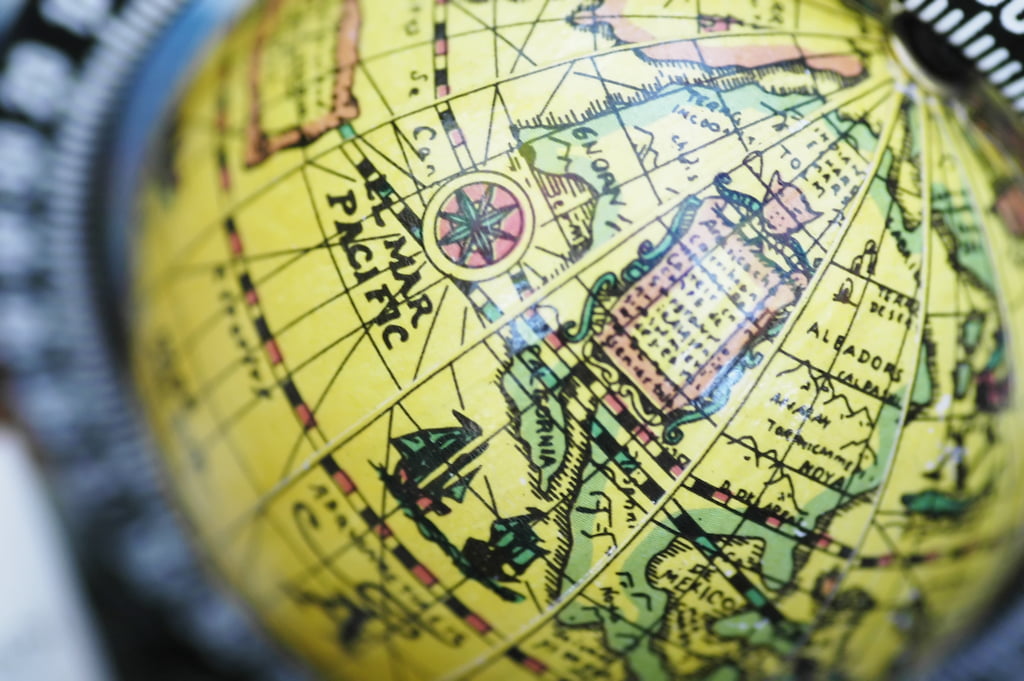 It’s easy to take the shape of the Earth for granted. After all, it’s not something that we can see with our own eyes. However, the fact that the Earth is a sphere is one of the most important discoveries in history. Not only does it help us to understand our place in the universe, but it also has a wide range of practical applications.

For example, mapmakers can use the knowledge that the Earth is round to create more accurate maps. And architects and engineers can use it to design buildings and bridges that can withstand high winds and earthquakes. In short, understanding the shape of the Earth is essential for both scientific and practical purposes.

Ancient Greeks’ Perception of the Earth 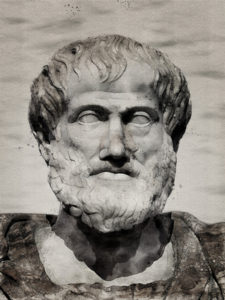 For centuries, people have looked up at the night sky and wondered about the shape of the Earth. Early cultures saw the world as a flat disc, but by the time of the ancient Greeks, many people believed that the Earth was spherical. Ancient Greeks had advanced science and mathematics, which they used to support their claim that the Earth was round.

One of the most famous ancient Greek philosophers, Aristotle, argued that the Earth was a sphere based on his observations of the stars. He believed that the stars were all the same distance from Earth, and they appeared to be moving in a circular pattern around the planet. This led him to conclude that the Earth must be spherical.

Eratosthenes: the Greek Who Proved the Earth Was Round

So who discovered the Earth was round? Although there was some evidence to support a spherical Earth, it wasn’t until the 3rd century BC that a Greek mathematician named Eratosthenes calculated the circumference of the planet with remarkable accuracy. He is credited as “the Greek who proved the earth was round”.

Since then, our understanding of the Earth has grown exponentially, but we owe a debt of gratitude to those early pioneers who helped to unlock the secrets of our planet’s shape. Without their contributions, we might still believe that the Earth is flat!

Eratosthenes of Cyrene was a Greek mathematician, poet, athlete, astronomer, and geographer. In his most famous achievement, he calculated the circumference of the Earth. He was born in 276 BC in the city of Cyrene, which is now part of modern-day Libya.

Eratosthenes was an extremely intelligent and curious person. He studied under some of the most famous philosophers of his day, including Aristarchus of Samos and Strabo. He also traveled widely, visiting Egypt, Persia, and India.

In 240 BCE, he observed that at noon on the Summer Solstice in Alexandria, the Sun was directly overhead. He knew that in Aswan, about 800 kilometers to the south, the Sun would be at an angle of 7.2 degrees from vertical at the same time. 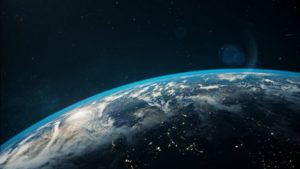 His education was in philosophy but his geographical treatise “Geographika” established him as the father of geography. By measuring the angle of the Sun’s rays at both locations and using some simple geometry, Eratosthenes was able to calculate that the Earth had a circumference of about 28,735 miles.

This was remarkably close to the modern value of 24,850 miles. Eratosthenes’ discovery that the Earth is spherical helped to lay the foundation for modern astronomy and geography. It also allowed for more accurate navigation at sea, which proved essential for the growth of global trade and exploration.

For his many contributions to science and civilization, Eratosthenes is rightly considered one of the most important figures in history.

The Magellan-Elcano Expedition was a pioneering journey of exploration that provided the first practical proof the Earth is round. The expedition was led by Portuguese explorer Ferdinand Magellan and Spanish navigator Juan Sebastián Elcano, and it set sail from Spain in 1519 with the goal of reaching the Spice Islands of Indonesia.

After a perilous journey that lasted over three years and claimed the lives of Magellan and many of his crew, the expedition finally arrived in the Philippines in 1522.

The surviving members of the expedition then continued to China, becoming the first Europeans to circumnavigate the globe. This was an incredible achievement, and it provided the first conclusive proof that the Earth is a spherical object.

When they returned to Spain in 1522, the expedition had covered a distance of over 36,000 miles. The Magellan-Elcano Expedition was a seminal moment in the history of exploration, and it paved the way for further discoveries about our planet.

Today, we take it for granted that the Earth is a globe, but this wasn’t always the case. We owe a debt of gratitude to Ferdinand Magellan and Juan Sebastián Elcano for their role in helping us to understand the true shape of our planet.

Why Do Some People Believe the Earth Is Flat? 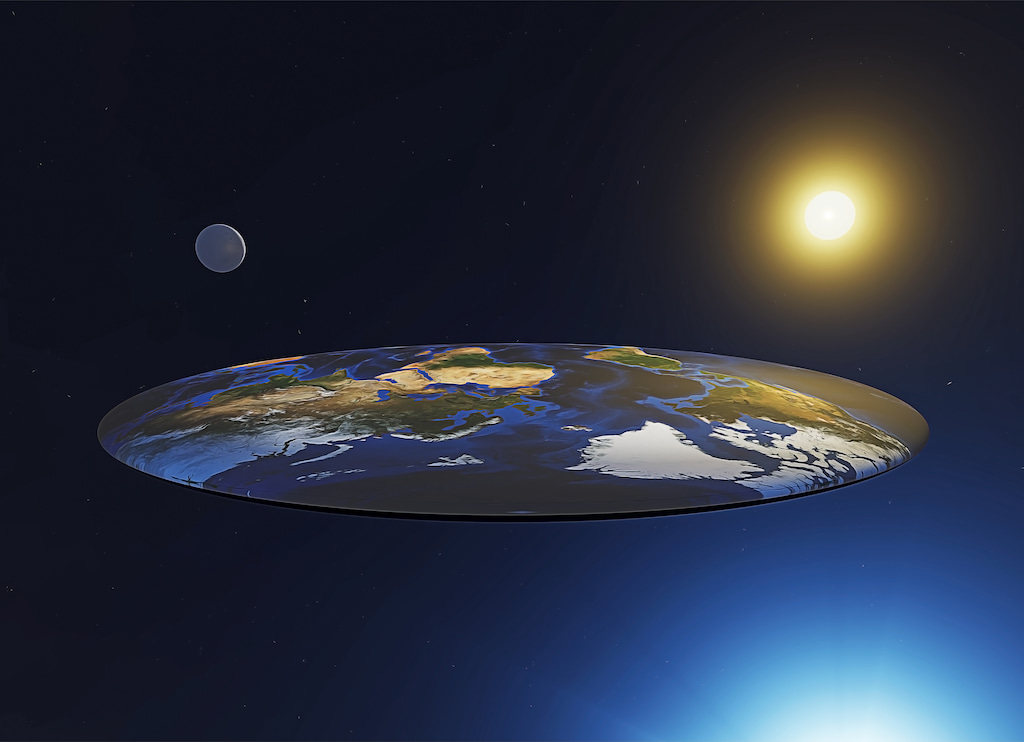 Though it might seem like a no-brainer that the earth is round, there are still some people who believe that it is flat. One of the primary reasons for this belief is a lack of education. In the past, most people only had access to local information and didn’t have a way to verify what they were told. This led to a lot of myths and misconceptions about the world.

Even today, there are parts of the world where education is sorely lacking, and many people still believe that the earth is flat.

Another reason why some people think the earth is flat is that it’s more comfortable than believing in a round earth. The idea of a flat, infinite plane is much simpler than trying to wrap their head around a spherical planet hurtling through space. For these people, it’s just easier to believe that the earth is flat.

Finally, there’s also a fair amount of skepticism directed at the scientific community. Some people believe that scientists are part of a conspiracy to keep the truth about the earth’s shape hidden from the public.

The Flat Earth Society is one of the most vocal proponents of this belief, and they have gained a fair amount of traction in recent years. Though their claims have been debunked time and time again, they continue to persist in their belief that the earth is flat.

The belief that the Earth is spherical dates back to ancient times, but it wasn’t until the Greek mathematician Eratosthenes calculated the circumference of the planet that this theory began to gain traction. The Magellan-Elcano Expedition was the first practical proof of the Earth’s roundness, and it paved the way for further discoveries about our planet. Now we can use our knowledge of the Earth’s roundness for many scientific and practical applications.

Custom globes from Replogle can be made to cater to anyone’s fun ideas. You can contact us with any questions today!